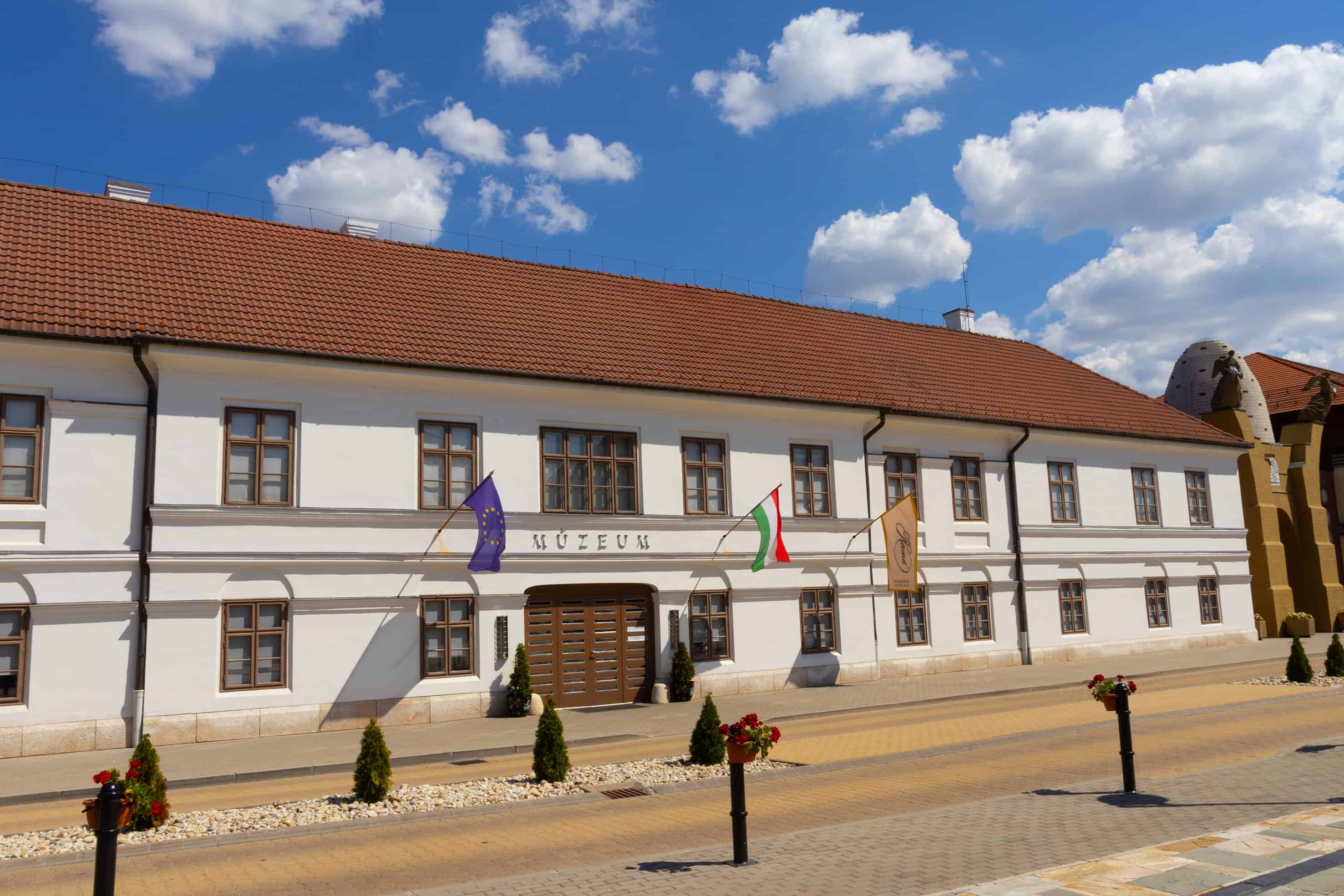 The largest collection of Herend Porcelain so far...

The two-storey, late Classicist building of the Herend Porcelain Museum is soon noticed as visitors approach. This building is where it all began. Here the first pieces of Herend Porcelain were made in the early 19th century.

The idea of collecting and displaying porcelain pieces at Herend already arose in the time of Mór Fischer. He opened a showroom and store at his family's cottage in Tata in 1852, mainly for commercial purposes.

The items displayed at that time were a fraction of the number now owned by the Herend Porcelain Museum. However, Fischer's collection grew steadily, thanks to the productiveness of the factory in his time. The collection today includes many pieces from the period of Mór Fischer. He was an eminently inventive and creative designer, and an inveterate collector, who preserved examples of almost everything produced.

The grandson of Mór Fischer, Jenő Farkasházy Fischer was an owner with a strong artistic training. He had lived abroad for several years, in London, Paris and Brussels. He brought a valuable library and private collection to the manufactory. Farkasházy Fischer was a notable art historian, whose studies on porcelain attracted widespread professional attention. He brought discernment and discrimination to the task of collecting materials for a museum at Herend and consciously laid the foundations of the present one in 1896. He recognized that the old forms and patterns and the objects that had won the Herend Porcelain Manufactory worldwide renown were things of everlasting value and sources of future invention and inspiration. The factory museum was opened to the public just before the First World War, by dividing off a section of the commercial showroom. This museum attracted a steady flow of visitors, but it had to close in the Second World War. The present Herend Porcelain Museum opened in 1964 after restoration of the building.

It marked a huge advance over the old in its outward appearance and its interior. The development was overdue, considering the traditions and reputation that Herend embodied in European porcelain art.

The museum that opened in 1964 was both the collection of a firm and an unique specialist museum for the porcelain industry. The permanent exhibition presented highlights from the history of the manufactory and displayed popular and lesser-known forms and patterns, picking out some items that excelled for their size and technique or other characteristics. Apart from the collection of porcelain, there was a display showing stages in the technology used in hand-made porcelain manufacture. This fascinating aspect of the Herend Porcelain Manufactory is now presented in a working, operating Minimanufactory, to be found in the Porcelanium Visitor Centre, just across the square from the museum. Since 1991, the Herend Porcelain Museum has operated as a charitable foundation, whose founder was the Herend Porcelain Manufactory Ltd.

In May 1998, the Herend Porcelain Museum acquired the converted attics of the building, which had been used hitherto as the stores for works of art and for the original forms and patterns. The attics now contain the offices, restoration workshop and stores, that provide the essential back-up to an efficiently functioning museum.

Two years later, the restoration of the museum building was complete and the exhibition presented according to a new concept. The restoration operations had to take into account the architecture of the late Classicist building, which is an officially scheduled historic monument. The designers sought to preserve the character of the building, while investing it with an interior in full accord with its function as a museum. The weight-bearing walls were retained. The ground floor has been turned into a variety of areas for receiving visitors. There is also a suite of rooms for temporary exhibitions of various types of applied and fine art.

To the rear of the ground floor can still be seen one of the original wood-fired kilns of the manufactory, along with a mural that conjures up bygone times.

Upstairs on the first floor, the interior designers took into account that the building was once residential. The exhibition area has wooden flooring, an arrangement in rooms and a connecting corridor in keeping with that. The display traces porcelain making at Herend from the earliest times to the present day, through the outstanding products of each period. These works, mainly by local creators, bring alive a succession of styles and ages. The way porcelain making, shaping and painting techniques became refined over the years can also be traced.

Apart from pursuing the original purpose of displaying pieces of porcelain, the Herend Porcelain Museum has wider aims. It sets out to assuage the interest of the public, steadily increases its collections of porcelain, and gathers and preserves the documents, photographs and data to meet the needs of those researching into the history of porcelain.

Our documentary archive and library expertly stores and catalogues the different documents, articles and publications. The subject matter of the documentation is not limited to Herend Porcelain Manufactory or Herend Porcelain: we systematically preserve all materials organically related to porcelain and ceramics. Almost all the publications of highly recognised, world-renowned specialists of porcelain history are available.

The collection features plenty of interesting rarities, such as books by Jenő Farkasházy Fischer on the Della Robbia family and on the life and works of Bernard de Palissy.

We also strive to expand our document archive by way of researching historical records.

Researchers and any other interested parties are warmly welcome; let it be a thesis or some other publication. Our system of catalogues will assist them in their search.

The mission of our Slide and Photo Archives is to collect, catalogue, identify and preserve for posterity images of the exceptionally beautiful works of art made at Herend and the vast and expanding range of Herend products.

The task is not limited to present-day Herend Porcelain, of course. Remember: each photograph is a piece of evidence, which can help us understand and more importantly, reconfirm, the history of the Manufactory. The collection includes almost 1,500 glass negatives. Paper prints of them have been made for reproduction and potential use in paper format.

A large part of these negatives were taken in the early 20th century, constituting an important section of our collection. Among them are portraits of workers, as well as photos of work processes and buildings. Our earliest photograph dates back to the 1890s; however, we have also preserved characteristic pictures from the 1920s, 30s and 50s. 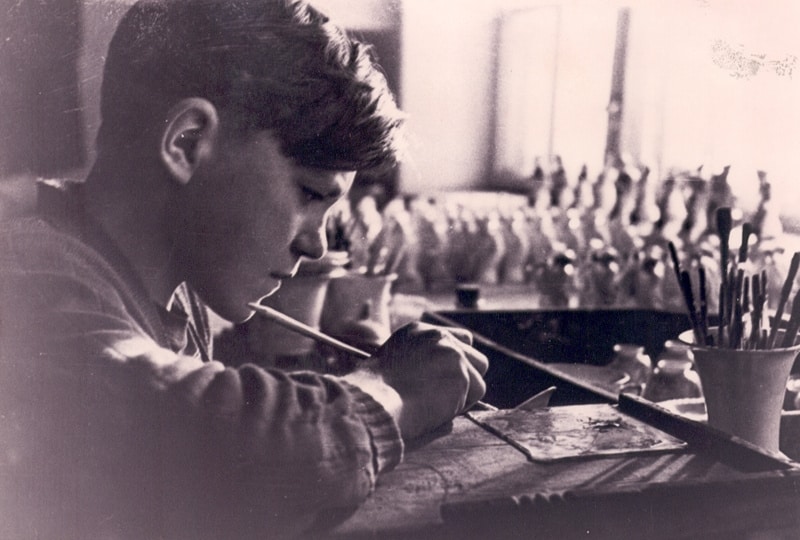 Given that World Fairs have played an extremely important and decisive role in the life of Herend, it is only natural that our photo archives includes a collection of photos focusing on this topic. Herend has showcased the masterpieces of manufactory porcelain making at several other exhibitions as well, such as our Centenary Exhibition at the Museum of Applied Arts or a great number of guest exhibitions in Hungary and abroad.

It is instructive to know what the working conditions were like at Herend in the past. Photographs found and incorporated into the collection provide a great deal of information on this.

Our slide archives are based on the same principles. The visual collection at the Herend Porcelain Museum would be most grateful for the opportunity to copy Herend-related photographs or those of old Herend Porcelain. After we have made copies, we return the originals to the owner.

Motion pictures have become an important part of our lives and, in keeping with this contemporary trend, we have also collected a series of footages about the Manufactory.

An important part of our collection features video recordings of events related to the museum. We often receive famous visitors at Herend, such as the royal couple of Thailand. Some of these visits have been recorded for future generations to see.

There is the Herend Show production, in which pot-throwers and painters presented the "White Gold of Herend" with a spectacular choreography. The Show has visited several places, including Zurich, Berlin, Vienna and Budapest, and we have video recordings of these performances.

Programmes and extracts of Hungarian and foreign television channels focusing on the Manufactory constitute an important part of our video archives. 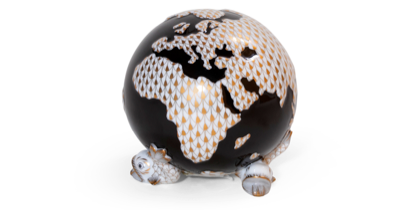 Please choose your country of residence. Please note that your billing and shipping countries should be identical.